First off, I got myself a hangar! I’ve been checking the hangars at the San Martin airport for a while, and finally got in contact with them and got the hangar last Wednesday! It’s a nice T hangar that’s north facing (shaded all day), and has plenty of room for the project. I’ll be migrating there over the next couple weeks.

Before making the big move, there’s still a couple things that I want to finish up in the garage. The first thing was that when I installed the canopy release mechanism, I realized that the flap housing was being pushed backwards and wouldn’t install. So I modified the mounting holes, and everything lines up much nicer.

This will get installed with a couple washers and the offset of the holes won’t be noticed.

I also installed the elevator push rod that goes through the center tunnel, since I had everything off. It needed some coaxing but it installed just fine. 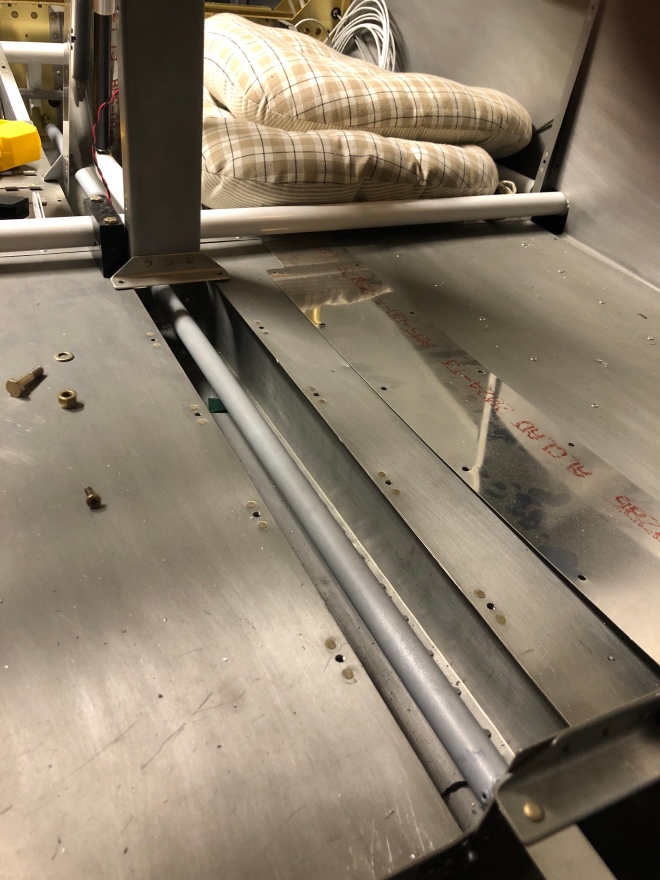 The push rod connects the control sticks to the bell crank that’s right behind the baggage bulkhead.

I also cut some two conductor wire to length for the flap motor power lines, and added a couple connectors so that it’s removable. Once it’s installed this will get a zip tie wrapped around it between the tabs and it will be fully secure. 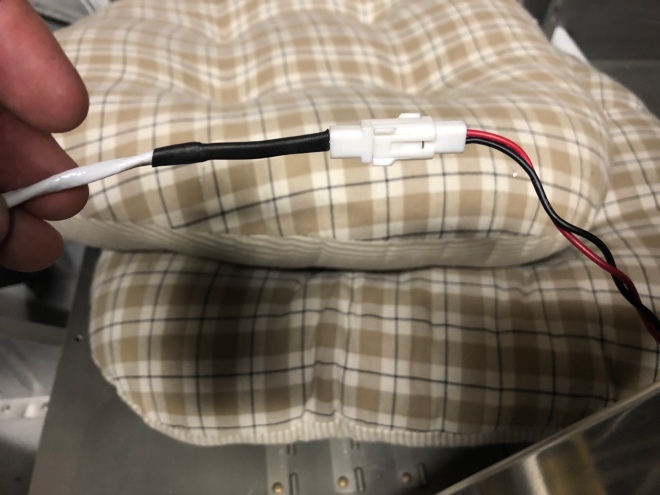 Next up is to finish the canopy frame.