Tonight I spent 2 hours and I cleaned, primed and began riveting the vertical stab. 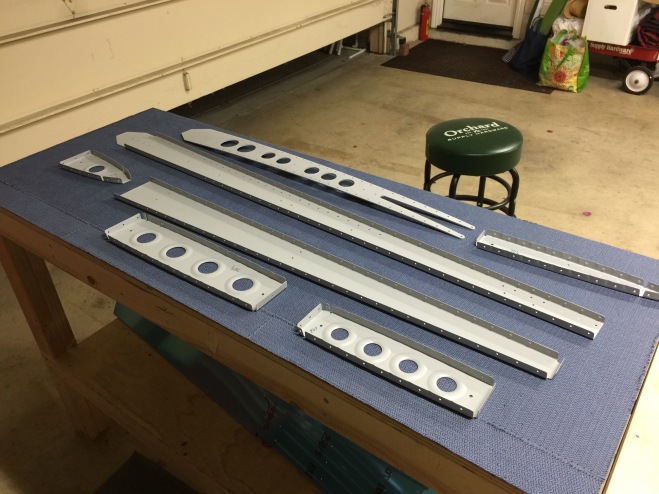 Here’s all the skeleton parts after priming.

Here’s the rear spar flush rivets set. I was able to reach all of these with a squeezer, the ones holding the bottom rudder hinge bracket were a little tricky, but I managed to set them with no issues.

These have to be flush because this is where the rear stab is flush against the fuselage.

Here you can see all the universal rivets between the rear spar and the reinforcing bar. The missing rivets will be riveted to the ribs when closing up the stab.

Here’s a close up of the shop heads, they were perfectly measured to be 0.1875″ using calipers. That makes them exactly 1.5x the original rivet diameter.

I also began riveting the front spar assembly to the ribs, but it was too late to get out the rivet gun for the lower ribs. The angle on the nose rib flange is too tight to get the squeezer in and I didn’t want to bend it. I’ll have to do the rest of that in the morning.