Today was a big day! I went to the service terminal and loaded up my fuse and wings on a uhaul and brought them home. 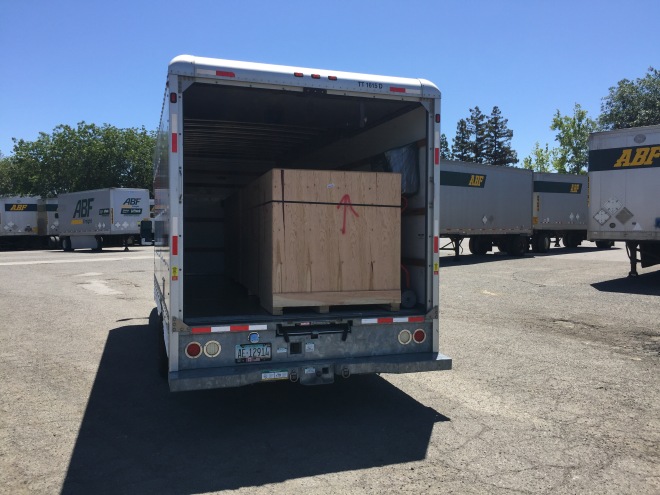 I got a 20′ truck and went to the terminal, the ABF guys were really nice and in about 3 minutes both crates were in the truck and I was on my way. 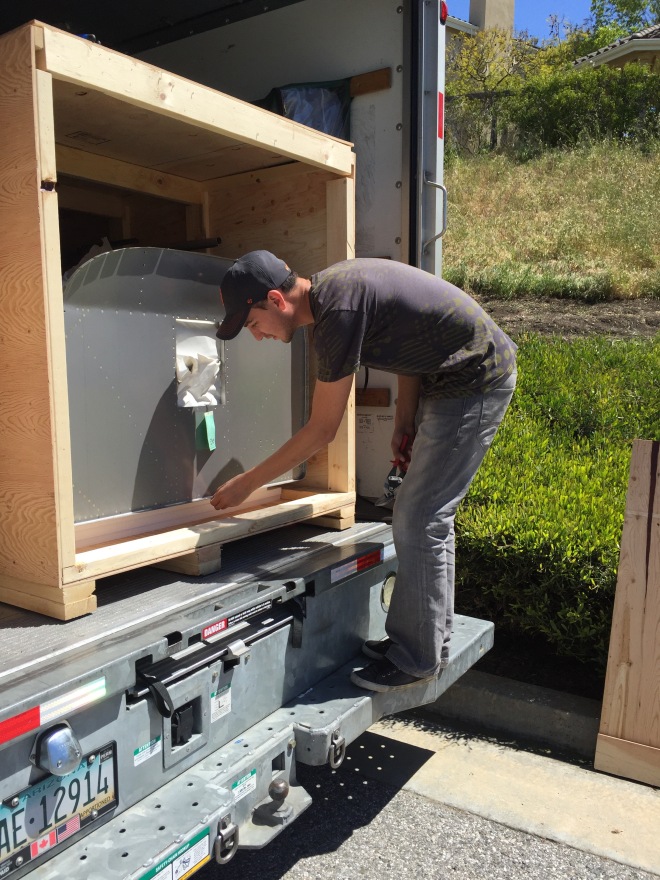 First thing I did was start to rip the crate apart to look at the beauty inside. 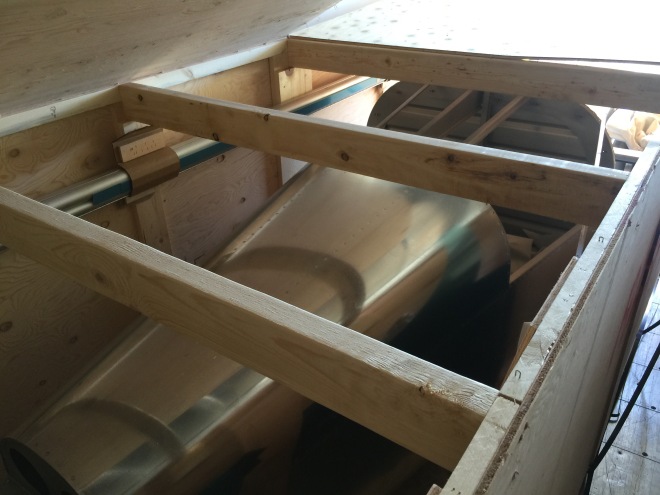 It was so nice seeing the fuse for the first time. 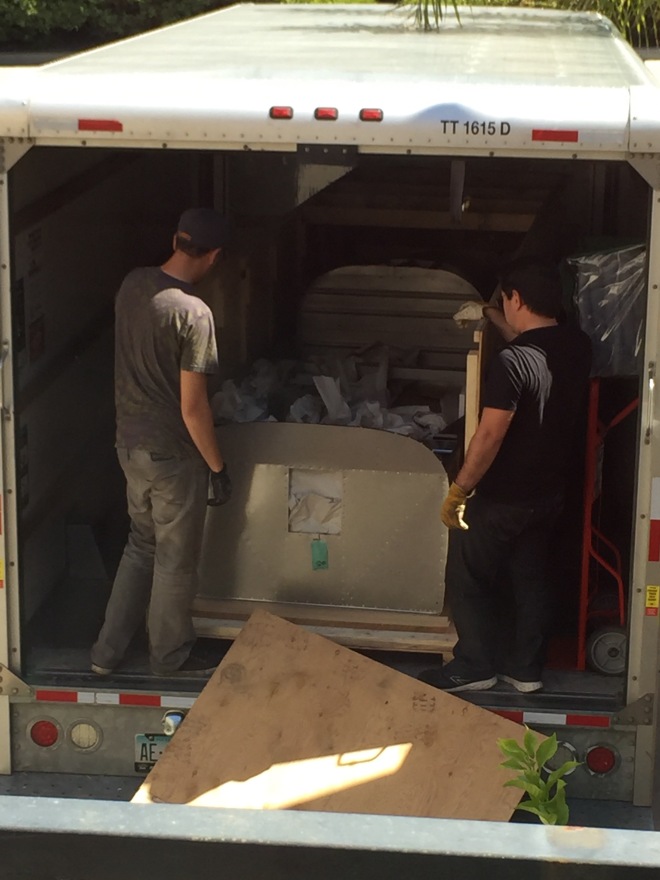 My buddy Norio came by to help me unload the truck, it was definitely a two man job. We began with the wing crate and removed the wings from the truck one at a time.

Using the styrofoam that came in the crate I propped up the wings temporarily to get them out of the way.

We continued to pull out more and more parts and miles of paper.

Slowly we were able to disassemble the crate enough to get the fuse out. It’s easily movable by two people.

And here’s the garage with the wings and fuse. It looks messy but once I spend some time organizing and fabricating my wing stand then it will all start coming together.

And just for good measure, to make sure it fit correctly…