Another day working on the weldment and the fit of the tail wheel mount. Being a quick build fuselage, all of this work has to be done somewhat out of order.

Here’s the weldment aligned and drilled to match the bulkhead. These were measured and originally drilled to #30 so that I could hold it in place with clecos. 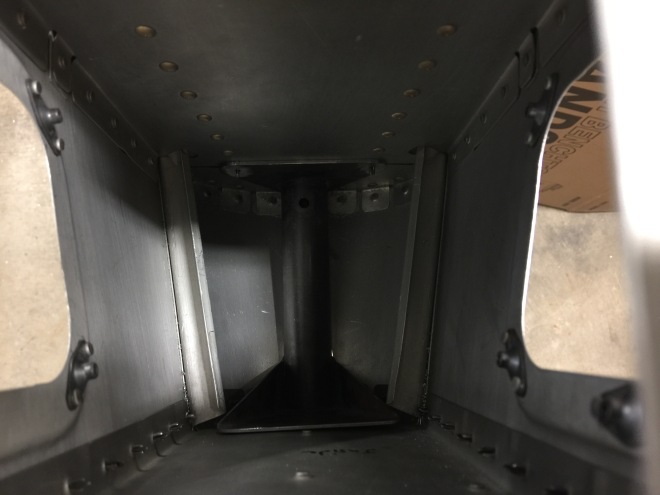 Here’s the mount sandwiched between the two bulkheads. This is looking in from the top of the tail cone. It’s a bit hard to see but there’s a very small gap between the weldment and the aft most bulkhead. I’ll fabricate a wedge out of some scrap aluminum and it will fill the gap. 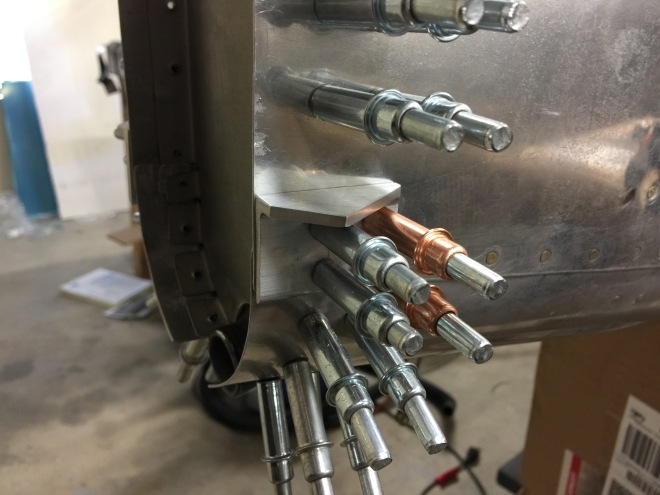 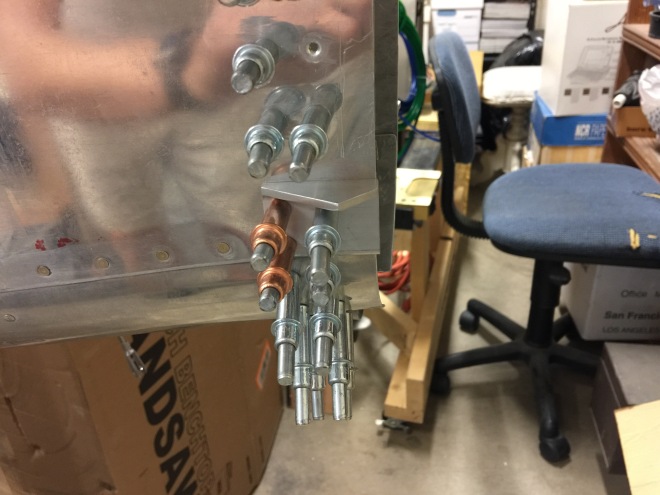 I then fabricated the rudder stops. They are made from .125″ thick aluminum angle stock. I then match drilled and clecoed them on to verify alignment. They might need some slight adjustment once I fit the vertical stab and rudder.

After measuring and aligning multiple times, I enlarged the initial holes to final size for the AN4 bolt. The steel is substantially more difficult to drill through than the aluminum. I also drilled a hole in the bottom of the fuse skin to allow access for a socket wrench to reach the bolt that will bolt the tail wheel spring in the mount (that’s the hole in the weldment). Next up is to remove the weldment, surface prep and the prime it and install it permanently.