It’s been a while since I’ve had time to work on the project. I received a box from Vans a few days back containing the wheel innertubes and main landing gear. I installed the tubes into the tires and then assembled the wheels. Once I install the landing gear I will install the wheel bearings and wheels.

Today I assembled the panel into the fuselage for an initial fitting. 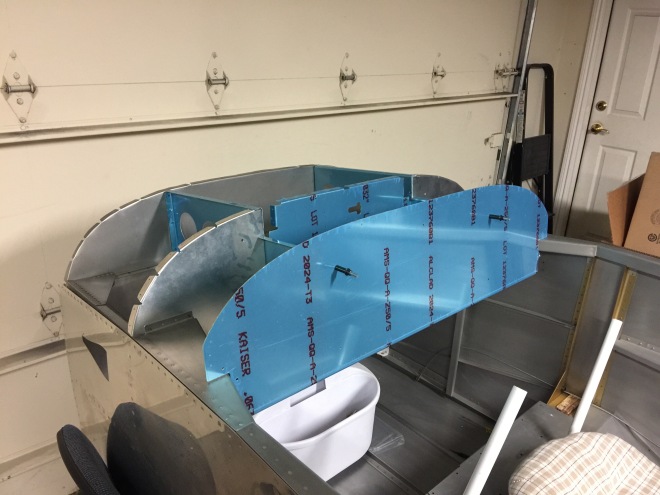 The panel has some additional brackets and supports that I will need to fabricate.

This is a two part update

I finished inventorying my finishing Kit. There are three items on backorder that should be in a couple weeks. I’ve stored everything on my shelves and the big parts are managed with.

I also got some work done on the fuselage. I finished the center tunnel cover. It mounts between the two seats. I botched the z brackets and had to improvise. It will be filled in and covered so will be unnoticed.

You can see the upper portion of the tunnel cover has some additional rivets on the insides.

This is the cover primed and nearly ready to install. I spent time filling, sanding and smoothing down the rivets on the top plate, they are nearly invisible now that it’s primed. 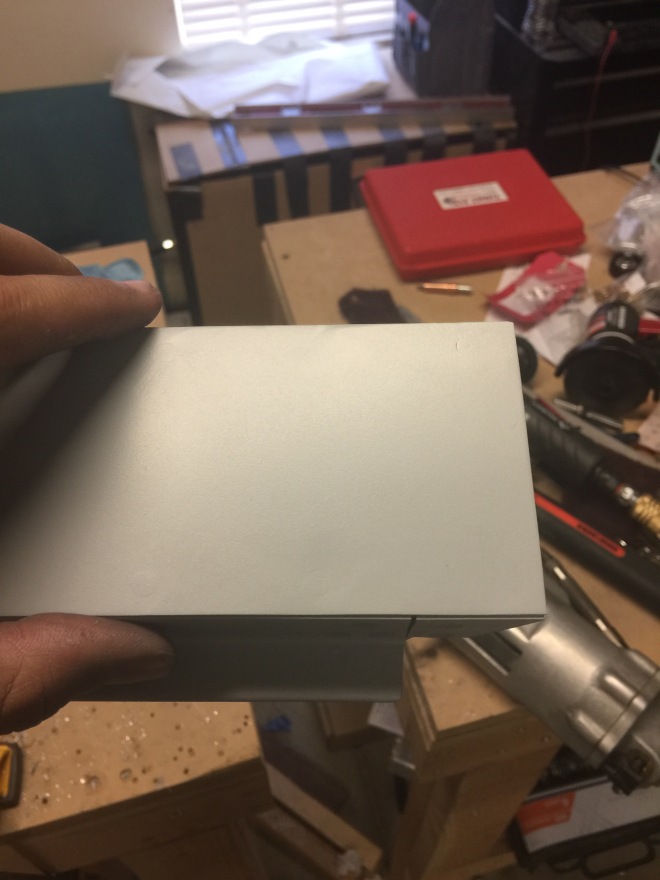 There is one that it slightly visible, but this will be covered by carpet anyway.

I also peeped and primed the rear window center channel spacer. This is countersunk and riveted to the channel. 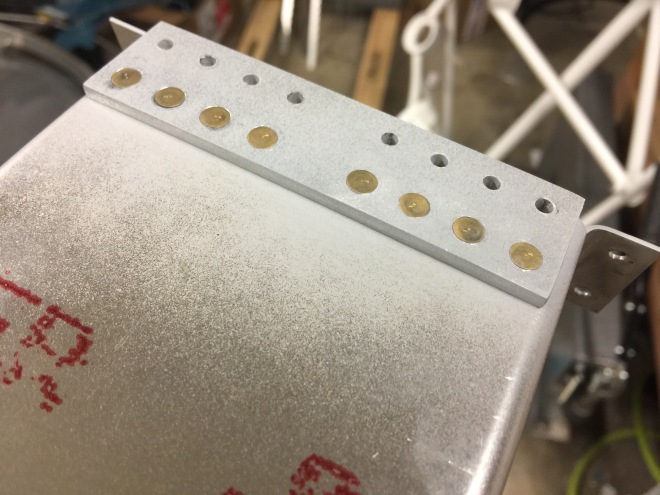 The remaining 8 holes will be riveted along with the final fuselage skin, the baggage bulkhead, and the gusset plate. All in all, there will be 5 layers of metal sandwiched.

I also spent the time to finish drilling and bolting the rollbar to the mounting brackets and attached the assembly to the fuselage. Once everything was drilled, I removed the rollbar and center channel from the fuselage and riveted the two together.

I received my Finishing almost two weeks ago now, and I finally had the time to inventory it.

The biggest thing in the crate is obviously the canopy, which is now sitting on the couch.

It happens to fit perfectly, and is resting on some pillows. The only parts I did not receive are the main gear legs and the tubes for the main gear. Everything else was in order. I organized all the hardware and places the parts on on my shelf ready to be used in the future.

I still have a few tasks left on the fuselage before I can begin constructing the canopy frame and other Finishing tasks.